Located in the heart of Port St. Joe at the intersection US Hwy. 98 and U.S. Hwy. 71, Frank Pate Park is one of the original parks in the city's park system. Bordered on the west by St. Joseph Bay, and on the east by Hwy. 98, the park has always been a popular destination for tourists, and a frequent venue for local events and community gatherings. 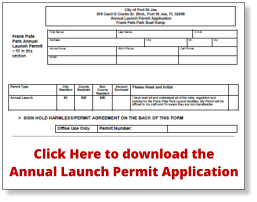 Follow the links below for photos of each park and trail in the system.

Frank Pate, Jr. was born in Paul, (Conecuh County) Alabama. As a young man, he moved to Panama City on Labor Day weekend, 1945 and went to work for R. R. Whittington who owned the Shell Oil distributorship in Panama City. While living in Panama City he met and later married Evelyn Griner. Mr. Pate delivered kerosene and gas by truck for Mr. Whittington and worked in the service station in the summer. In the spring of 1948 he purchased Carter's Station and ran it until his lease expired. On May 15, 1950 he opened his Port St. Joe business.

Accomplishments of Mr. Pate while serving as mayor:

Political platform when first ran for mayor, all of which have been fulfilled: Acquisition of Land: Taxes: When elected, the millage was over 15%. With the exception of two years the millage was either cut or remained the same. The two years of increases were held to a quarter and one-half mill, the larger caused by the closing of the paper mill.

Frank Pate was a long-time member of First Baptist Church and the Rotary Club.